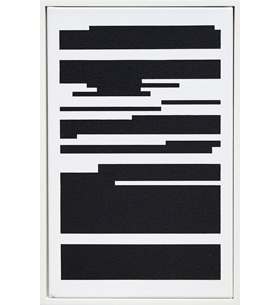 The ninth edition of the Visual Arts Biennial of Nicaragua, curated by Omar López-Chahoud, is attaining special importance in its history: it now has five key locations in Managua, two in León and two in Granada. The theme this year, “Recycling Memory: Recapturing the Lost City” prompts a new reading of the events that marked the course of the country’s recent history.
The majority of the Nicaraguan population is under 40 years old, so it has a very short memory as it didn’t experience the events that truly marked the destiny of those older; events that had a repercussion on all strata of society. In particular, Managua, the country’s capital, was flattened by earthquakes three times: in 1885, 1931 and 1972. Old Managua, which was like a large town of medium-sized constructions in which the majority of the population knew each other, had a special charm, but all that remains of it is in the memory of those who lived it intensely. Between 1977 and 1979, the entire country went through a period of constant agitation that culminated in the overthrow of the Somocista dictatorship, established in the country since 1937. The years of the Revolution (1979 to 1990) irreversibly marked the lives not only of those who stayed but also those who went into exile. Those who stayed to experience it, who dreamed of constructing the new man and had the feeling that their ideals had been reached, instead had to put up with periods of rationing given a scarcity of products generated by the harsh economic embargo decreed by the US government, which also financed the armed struggle, or counterrevolution, aimed at bringing down the Sandinista regime. For those who left, it was equally hard to have to abandon the land where they had been born and in some cases to leave part of their family behind, as well as face a new country and new culture. In 1990 the Sandinista National Liberation Front lost the presidential elections to Violeta Barrios de Chamorro. Between then and today, even more significant changes have taken place in all spheres: political, economic and social.
Little remains of what was Old Managua; the geological faults that cross it from north to south, and in some cases from east to west, obliged the New Managua to expand beyond what had been the old city’s urban center, generating a series of commercial nuclei or habitations isolated from each other, forcing people to move from one place to the other on wheels rather than by foot, as before. Lost forever was the delight of leaving work and strolling down Roosevelt Avenue in Managua to meet up with friends at a soda fountain or go window shopping.
This edition of the Biennial wants to recover the memory of that city we all miss. It wants to decipher the mystery of why, when one asks for an address in Managua, the answer is: “From where the Teodolinda Mansion gate was...” or where something else was that is no longer. For that reason, we can’t find a better way to ask for the contribution of the contemporary artists so that, through their art they can give new, current, fresh and fair responses charged with renewed hopes. - Juanita Bermudez