Cristin Tierney is pleased to present a new group of paintings by the Brooklyn-based artist, Melanie Baker. This exhibition, entitled Feast, will be on view from May 6 until June 18, 2011.

Baker's earlier oeuvre consists of finely crafted drawings that represent powerful figures and the symbols that embody their authority. In this new series of oil paintings, her focus has shifted. Human form takes a back seat to a series of still lifes in the tradition of the seventeenth century vanitas. Baker makes use of the same compositional mastery that defined her previous work: a radical fragmenting of her subjects, where gestures, expressions and attributes are isolated and magnified to great effect. But Baker has also added to her symbolic repertoire; fruit, fowl and gleaming crystal glasses now take center stage. The extremes of dark and light, in the chiaroscuro tradition of Caravaggio, create a cinematic effect, adding to the dramatic force of these images.

Baker earned her BFA from Pratt Institute and her MFA from Stony Brook University. Baker's artwork has been featured in solo and group exhibitions at many venues around New York City including the Brooklyn Museum, the Jersey City Museum, Roebling Hall and White Box. Baker received a New York Foundation for the Arts Fellowship in 2003 and was named the recipient of the 2003 New York Foundation for Arts Prize. Other grants and fellowships include the Art Omi International Artists' Colony, the Sacatar Foundation in Bahia, Brazil, the Lower Manhattan Cultural Council’s Workspace Program, Djerassi Resident Artists’ Program, the Tyrone Guthrie Center at Annaghmakerrig, Ireland, Valparaiso in Mojacar, Spain and Yaddo.

Prior to opening the gallery at 546 West 29th Street, Cristin Tierney worked as an advisor for a number of private collectors and institutions in the United States. While continuing to work with certain long-standing advisory clients, Tierney has opened an exhibition space to promote the work of a select group of contemporary artists. Upcoming exhibitions will include projects by: Eve Sussman | Rufus Corporation, Simon Lee, Tomas Rivas and Jorge Tacla, among others. 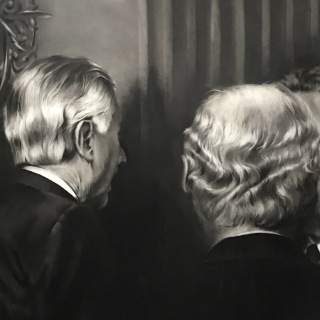