Tierney Gardarin Gallery is pleased to present a solo exhibition of works by Geraldo de Barros (1923-1998). This historic exhibition, the first solo presentation of the artist’s work in New York, features a diverse group of works that span de Barros’ extraordinary career. Geraldo de Barros: Purity of Form, explores a practice that, across decades, movements, and media, demonstrated a dogged commitment to artistic experimentation and abstraction. Geraldo de Barros: Purity of Form opens on Tuesday, May 6th and will be on view through Saturday, June 21st, 2014. The opening reception will be on Friday, May 9th from 6pm until 8pm.

Geraldo de Barros is a seminal figure in Brazilian art whose multi-faceted oeuvre, much like that of his contemporary Lygia Clark, is remarkable in its depth and scope. An early leader of Brazil’s Concrete movement, his practice engaged with painting, photography, sculpture and industrial design. De Barros first rose to prominence as a painter and founding member of Grupo XV in the 1940s, and soon after gained notoriety as an innovative and experimental photographer. He explored minimal form in photography through manipulating negatives, superimposing, scratching and painting on them, to create arresting abstractions he called Fotoformas. This technique of distillation and precision was later carried into sculpture, painting, and eventually industrial design. Geraldo de Barros: Purity of Form includes key pieces from de Barros’ practice, presenting the life work of a figure who is widely considered to be one of the most influential Brazilian artists of his generation.

Geraldo de Barros: Purity of Form will feature exceptional examples of the various aspects of de Barros’ practice. For example, brightly contrasted Formica paintings will be included, installed alongside the fantastic early Fotoformas. Also included are the later Sobras—a series of intricate photo collages created in the last two years of his life when, debilitated by illness, he returned to earlier photographs and original negatives. The unity and consistency of the works across decades and disparate media underscore the consistent theme of de Barros’ practice: purity of form.

Geraldo de Barros has been the subject of major solo exhibitions worldwide, most recently at The Photographer’s Gallery in London and the SESC Vila Mariana in Sao Paulo. His work is included in the permanent collections of internationally renowned institutions a such as the Museum of Modern Art, New York, NY; Musée de l’Elysée, Lausanne, Switzerland; Cisneros Fontanals Art Foundation, Miami, FL; Ludwig Museum, Cologne, Germany; Museum of Fine Arts, Houston, TX; Tate Modern in London, UK; among many others. A major monograph about his life and work, entitled geraldo de barros: isso, was published in 2013 by SESC Editions. 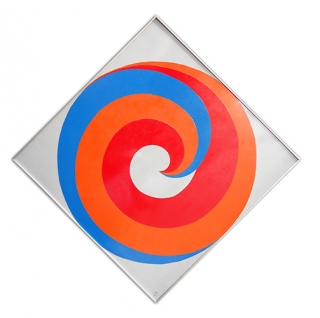 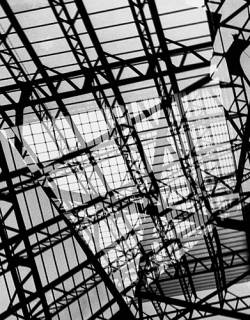